Cardi B Net Worth: Cardi B is an American reality television personality who has a net worth of $8 million. Cardi B’s net worth was really launched in 2017 thanks to the success of her single “Bodak Yellow”. Cardi B was born Belcalis Almanzar in The Bronx, New York in October 1992. She is best known for being featured on the VH1 reality television series Love & Hip Hop New York. Cardi B joined the cast of Love & Hip Hop in Season 6 of the series.  She starred in the music video “Chapi Chapi” by Farruko featuring Messiah. Cardi has worked as an exotic dancer and has more than 10 million followers on Instagram. She released the DVD I Am: Cardi B. Her parents were both born in the Caribbean before moving to New York. Cardi has been romantically linked to the rapper Offset from the group Migos. She previously dated a rapper named Tommy Geez who is currently serving a four year sentence on gun charges. After that relationship ended, Cardi briefly dated her Love & Hip Hop co-star Swift. Cardi was nominated for Best New Artist and Best Female Hip Hop Artist at the 2017 BET Awards. She lost to Chance The Rapper for Best New Artist and Remy Ma for Best Female Hip Hop Artist. In September 2017, Cardi became the first female rapper since Lauryn Hill in 1998 to top the Billboard 100 without the assistance of any other credited artist. She is only the 5th female rapper to lead the Hot 100 in the chart’s history. On September 25, 2017, her song “Bodak Yellow (Money Moves)” rose from the #2 position to the #1 position on the Billboard Hot 100. She was also a featured artist on the Bruno Mars song “Finesse (remix)” which reached #3 on the Billboard Hot 100 and #1 on the R&B/Hip Hop charts. Her second studio album single “I Like It” was released in May 2018. The song reached #1 on many charts including the Billboard Hot 100 the R&B/Hip Hop charts. Cardi is Catholic. In 2017 she began dating Migos rapper Offset. In June 2018, she gave birth to their child Kulture Kiari Cephus. 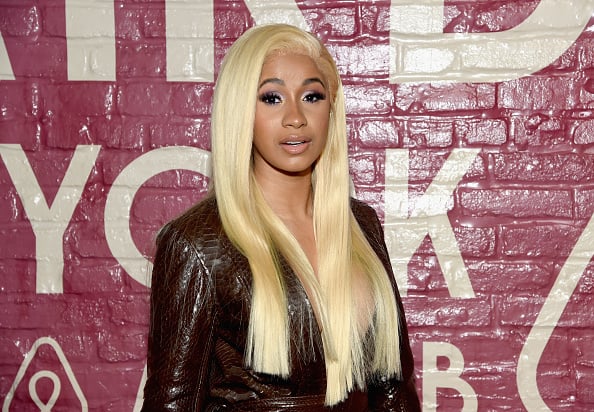